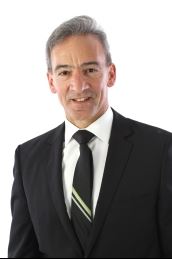 In a divorce or separation, Parental Alienation—turning your children against your ex—though maybe understandable, is never acceptable.

Divorce can be traumatizing. Nearly every aspect of your life can change in a short amount of time—financial, emotional, social, and, of course, your relationship with your former partner. Then there are elements that can make divorce or separation even harder, such as infidelity, abuse or domestic violence, marital debt, adverse effects on your finances or lifestyle (especially if caused by a partner’s waste), or just the need to support two households with the same income that supported one.

To complicate matters further, if your ex has a new partner, a whole new set of issues can arise, including concerns (justified or not) for the mental and physical well-being of your children.

WHAT IS PARENTAL ALIENATION?

An all-too-common byproduct of divorce is the denigration of one parent by the other. It’s an understandable, human fault. You may be angry. You may want to get back at your ex. You may feel like you’re left with no choice, you’re acting in self-defense, or you’re protecting your children or preparing them for inevitable disappointment.

Attempting to turn your children against their other parent is called Parental Alienation. As a practicing matrimonial attorney, I continually come across it, even as inattentive or unconscious behavior. It usually manifests as:

If any of this describes your behavior, or if you’re in any way considering behaving this way, I strongly advise that you don’t. It’s harmful to your children and, legally, harmful to you.

NEGATIVE OUTCOMES OF ALIENATING YOUR EX

Family courts are guided by one principle in resolving issues of custody: What is in the best interest of the children? Parental Alienation is considered so antithetical to your children’s best interest that an offending parent may likely be deemed unfit to be their custodian.

The courts are keenly aware that when one parent manipulates their children against the other parent, it can have long-term, catastrophic psychological effects on the children. In severe cases, it can be regarded as child abuse.

A court can impose remedies and deterrents such as financial punishment and charges of contempt. It can also award custody to the other spouse, including changing custody from a previously ordered arrangement.

Your children always come first. Leave your issues with your ex between the two of you. Involving your children can backfire and cause you to lose them legally and, ultimately, emotionally.

This article was originally published in NY Metro Parents on Oct. 8, 2019. You can read the original here.
Categories