VMM Managing Partner Joseph Milizio was awarded a Special Congressional Recognition "for being a role model to others and for making a positive difference in the community." 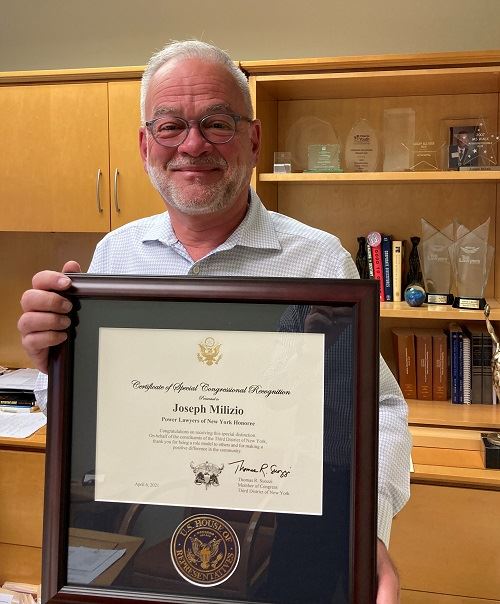 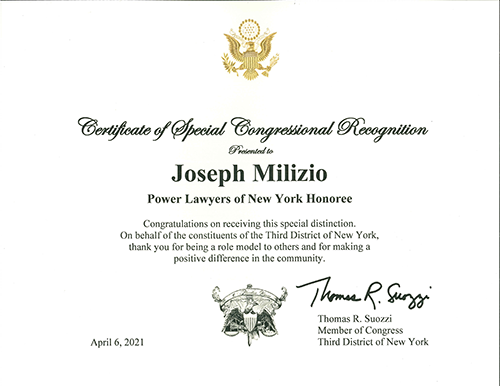