The son of a decorated FDNY chief, Judge McCarty is representing pro bono the family of fallen FDNY firefighter Captain Hans Meister in their quest to have his death recognized as a Line of Duty Death, in a dramatic case that's received widespread media attention.

The case has appeared in the New York Post, New York 1 (Spectrum News NY1), WNBC (4 New York), 1010 WINS, WCBS Newsradio 880, and LI News Radio, among other outlets. To learn more about the case and its coverage in the press, visit here.

The Newsday article can be found in the printed edition (included below) and on newsday.com. 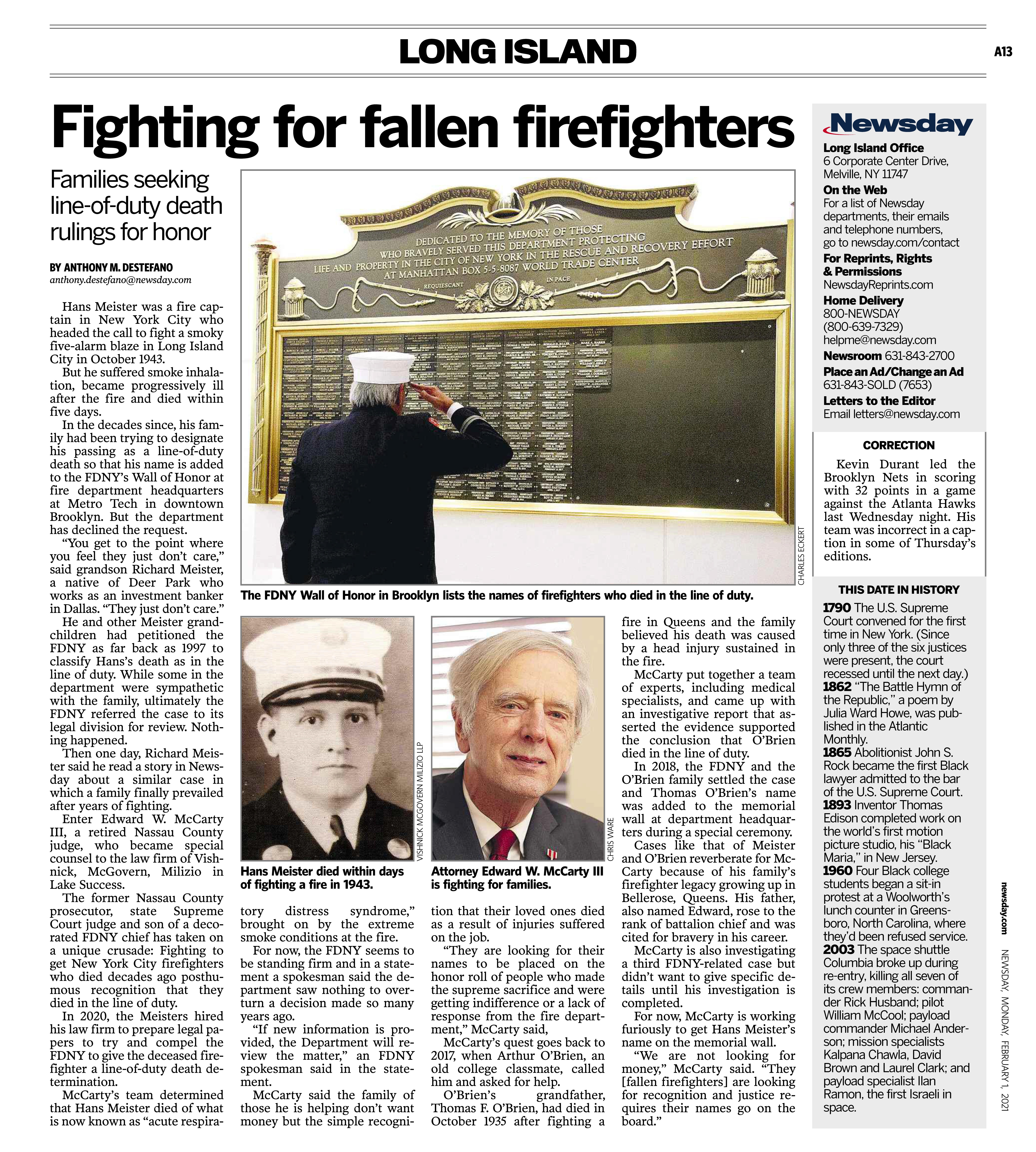