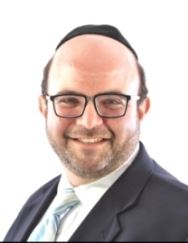 Before you agree or commit to something in a mobile or online chat, know that it may be legally binding.

WhatsApp is a freeware messaging app that supports sending and receiving texts, photos, videos, documents, locations, voice messages, and calls. The company is owned by Facebook and has more than 1 billion users in over 180 countries worldwide.

Now, in what seems to be a first, a New York court has held that a WhatsApp conversation in which the sender’s and recipient’s names appear is also considered a signed writing, meaning a legally binding document.

Under the New York Statute of Frauds, certain types of agreements are not enforceable unless they’re in writing and signed by the party obligated to perform under the agreement. These include:

• Contracts which cannot be completed within 1 year

• Contracts for testamentary disposition (transfer of property upon death)

New York courts have long held that emails with an electronic signature are considered a written, signed agreement for purposes of satisfying the Statute of Frauds.

The plaintiff was seeking payment of debt that may have been discharged in bankruptcy. The defendant had acknowledged the debt and promised the plaintiff that he would pay in a WhatsApp conversation that took place after the bankruptcy. However, the defendant attempted to renege on the agreement by arguing that a WhatsApp chat is not enforceable because of the Statute of Frauds.

The court compared this to an email agreement and held that, “Although defendant did not type his name since this was a WhatsApp chat, as opposed to an email, the WhatsApp chat contained defendant's electronically printed name, and defendant does not deny that he made these statements.” The court therefore found that the agreement to repay the debt was not barred by the Statute of Frauds and ruled that the text exchange constituted a legally binding agreement.

The takeaway is that even an informal exchange on WhatsApp or other chat or messaging service may have serious legal consequences and even be considered a binding contract. Always use caution and foresight in business and personal conversations online and on your phone.

Avrohom Gefen is a partner in VMM’s Commercial Litigation and Employment Law Practices.